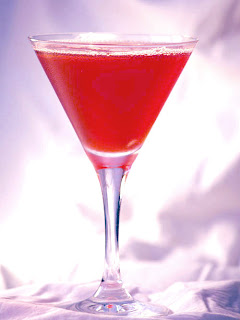 Before Jack's diagnosis, getting Tylenol (bubble gum meltaways) into him wasn't terrible but sadly, it didn't make a dent in his headaches. The pediatrician moved him on to Motrin—riots ensued. Every 4 hours was a Star Wars worthy scene. And once we knew we were dealing with a sinus infection, antibiotics and nasal steroids were added to the mix and the battles grew even more epic. Every dose took over an hour from start to finsh—each involved screaming, sobbing, begging and threatening going both ways. Until this morning, when he downed the reddish pink opaque goo in one swallow. Why? I didn't ask. Now we only have 12 (hopefully drama free) days to go.

a rather challenging week of motherhood 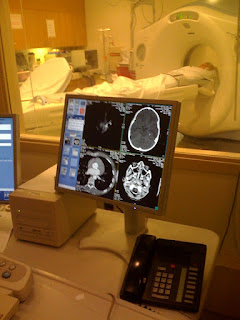 Yesterday, after 2 emergency room visits, time logged in at the pediatrician, and an extensive ophthamology visit, during which we were assured Jack didn't have meningitis or a brain tumor, a CT scan showed he has a significant sinus infection. That explains the throbbing, shooting pains in his temples, behind his eyes, in his forehead. The lethargy that's had him napping for 2 to 3 hours every afternoon. The need for constant steaming towels pressed against his face. It’s been almost a week of him curled in a ball on the floor, in his bed, on the couch, in my lap begging for me to help him. His terror that something terrible was wrong, that he’d never get better.

As diagnoses go, a sinus infection is a great. They’re horrendous—I’ve suffered through them for many years—but treatable. On the other hand, the recovery can be long and there’s no immediate relief. Even though we know what to give Jack, he doesn’t feel any better today and now he’s got even more medicine to take. Sudafed, Motrin, Mucinex. Each dose is a nightmare to get into him. Today we’re adding antibiotics and a nasal spray. He doesn’t believe the meds are helping and it’s hard to convince him they’re secretly waging a winning war inside his head. And while there’s relief in knowing what he has, the absence of panic has opened up room for anger and frustration from everyone. We’re all sleep-deprived. Last night (or was it two nights ago), Jon reamed me for not being firm enough. It was 3 in the morning and I couldn’t get Motrin into Jack. Crushing capsules into ice cream, cutting them into tiny pieces to eat with pretzels, mixing liquid into Gatorade—he wasn’t having it. Threats of return visits to the hospital, bribes of video games didn’t help either. I walked out and left Jon to firmly deal. Needless to say, he couldn’t close. Iz is now melting left and right. I know it’s hard when all attention is focused on one kid. For the rest of her life she’ll resent that I bought him every kind of junk food he loves—cheetos, cheezits, oreos, oreo cakesters, ice pops, pretzels, Cape Cold potato chips—to entice him to eat. That time spent with him in hospitals and waiting rooms wasn’t meant to exclude her from fun-filled adventures. That it’s impossible to spend alone time with her when my other child is in searing pain.

At this point, I feel like I'm slowly swimming through an endless dream, disconnected and disembodied. Waking life has been remarkably like my nightmares—and at times almost as dramatic as the nearly drowning or being trapped without a way out in a strange house last night. At least once a day I locked myself in the bathroom so I could sob without restraint, other times holding tight to Jon as fear took over, once burying my head in Iz’s lap, desperate for reassurance.

I’ve cajoled, yelled, panicked, begged, encouraged, entertained, freaked, supported, engaged, bribed, threatened, cried. I’ve talked until I have nothing left to say, to the staff at the hospital, the doctor’s office, the drugstore, the acupuncturists and chiropractors and alternative care people I’ve been in touch with. I haven’t sleep, worked, cleaned, organized a meal.

I’m also trying not to feel guilty. Guilty of not getting Jack help fast enough. Of not forcing the doctor to see him earlier. Of letting him talk his way out of medication. Of passing on the offer of a CT scan at his first ER visit. As Jack said to me this morning, “This is all your fault. If I had that test on Saturday, I’d be better now.” Yeah, he’s right. He would be.

And always take care of your sinuses.
Posted by Elissa Stein at 4:23 PM No comments:

war between the worlds 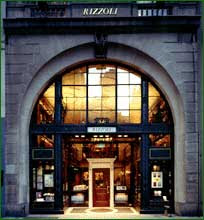 Today was the first concrete day of Flow PR. It started with a lovely lunch at Perry Street (a very cool restaurant: http://www.jean-georges.com), hosted by my agent. We chatted with a producer from the Early Show at CBS, a Daily Beast book reviewer and people from Publisher's Weekly. All were interested and enthusiastic about Flow. And then, to top it off, Rizzoli graciously offered to host a book launch at their 57th Street store. I've walked by it many times, too intimidated to walk in. It's a stunning space, an amazing location, and a thrill to be invited to celebrate there.

Great day. Great. But my reveling in the moment, as to be expected, was exceedingly short lived. How could I expect to celebrate when whining children were at hand? How could I possibly think that a BOOK LAUNCH at RIZZOLI could top a camp day fraught with unchallenging art projects, watermelon that wasn't exceedingly sweet, 2nd choice out of 4 available computers in the apartment, unappealing dinner options, not enough peas (I did not make that up), a book that was almost over, and basic sibling quibbling?

Placating the cranky pre-teen set: 1. Celebrating my own accomplishments: 0.
Posted by Elissa Stein at 10:25 PM 1 comment:

In my entire adult life I've only had one person who cut perfect hair. PERFECT. He'd spend almost 2 hours on my bob, making sure every. single. hair. was exactly what it should be. Not only that, he lived in my building so I could (and did) get my hair cut at 11 at night, or after a chance meeting in the elevator. Apparently he had been eying me for awhile. The first time I sat down in his chair, in front of a 12 foot high antique mirror propped against the wall, he told me that I looked like a mushroom and he was relieved when I finally asked him to intervene.

He moved several years ago and I've been less than happy ever since. My current guy is good. Not great. One side always has several strands that are way too long. I have to snip them off when I get home. And my hair is just too full—he doesn't thin out the way I need. It's fine. Passable. But I miss brilliant.
Posted by Elissa Stein at 2:41 PM 1 comment: 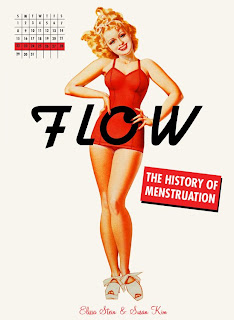 We had no wifi down at the shore, which made blog posts more of a challenge than they should be on vacation. So, I gave up my 40 days straight goal and am starting again. This time there's even more motivation to put stuff out there—Flow is being released 3 months from today. Yes, 3 months. It's been 2 and a half years since Susan and I met for the first time and now the book is almost a reality. Well, it is a reality, we're waiting for it to finish printing and arrive in warehouses. That's 2 months from today. And yet, now that everything's becoming tangible and concrete, I feel separate from the whole experience. It's all out of my hands. I think publishing is a lot like that. The author is just one in a long line of people working on a project. Now Flow belongs to marketing and publicity, both areas I know nothing about. Self-promotion is hard for me and this is no different. In the end though, I have to suck it up and get going on getting the world out.
Posted by Elissa Stein at 3:02 PM No comments: